If you are pregnant and need an appointment earlier than what is available on our calendar, please call or email the office. 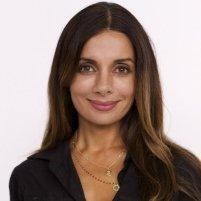 Dr. Amersi offers polycystic ovarian syndrome (PCOS) diagnosis and management to help women in and around Santa Monica, CA, get the treatment they need to lead the healthiest lives possible. Her compassionate approach to caring helps women feel comfortable about their health so they can make informed, confident decisions.

What is polycystic ovarian syndrome (PCOS)?

PCOS is a relatively common condition that occurs in women who overproduce hormones called androgens, and it's one of the most common causes of infertility among women. Too much androgen causes tiny, fluid-filled cysts to form in the ovaries and prevents eggs from being released, making it difficult to become pregnant. PCOS can also cause other symptoms and side effects, including:

What are the risk factors for PCOS?

The biggest risk factor for developing polycystic ovarian syndrome is heredity: If someone in your family has or has had polycystic ovarian syndrome, you have a much higher chance of having it as well. Your risk can also be increased if your family members have a history of diabetes or irregular periods. Some studies have also suggested that long-time use of seizure medications may increase the risk of PCOS.

How is PCOS diagnosed and treated?

PCOS may be diagnosed through ultrasounds or lab tests like blood work to test for increased levels of specific hormones or insulin resistance, which often occurs in women with PCOS. Once PCOS is diagnosed, you may also be screened for diabetes, heart disease or uterine cancer. There is no single cure for PCOS, but diet, exercise and other healthy habits can help mitigate its symptoms and decrease the risk for significant health problems like heart disease and diabetes. In some women, especially those who are planning to become pregnant, hormone therapy can help regulate ovulation and menstruation. Your doctor will be able to provide you with a treatment approach that's best for your needs and your lifestyle.

The Complexities of PCOS

Polycystic ovarian syndrome (PCOS) is a disorder that has undergone many changes in diagnostic criteria over the last 30 years. Previously, the diagnosis was based on the presence of polycystic ovaries (PCO): an increased number of follicles in each ovary and/or an abnormally large ovarian volume. But the multi-system involvement in PCOS has led to multiple versions or subtypes of the disorder.

PCOS and PCO are associated with metabolic and hormonal dysfunction including insulin resistance and the resulting high levels of androgens, such as testosterone. The result of this dysfunction is the characteristically high number of immature follicles within the ovaries.

Treatments for PCOS focus on improving insulin sensitivity, but emerging research is highlighting the importance of vitamin D status for both PCOS and PCOS-related infertility.

PCOS was originally defined by the occurrence of irregular cycles longer than 35 days (also called “oligomenorrhea”) and the appearance of PCO. A PCO is one that contains more than 12 follicles or has a volume greater than 10mL.1 These were often accompanied by other hormonal symptoms such has abnormal facial and body hair growth, acne and obesity.2

PCO alone was the diagnostic trait of the disorder, which is no longer the case. In the 1980’s, female-to-male transsexuals who were given testosterone were found to develop PCO, and thus a new criterion had been identified for those with high androgen levels.

It was then found that women with excessive androgens – two-thirds of whom had oligomenorrhea – had some form of ovarian dysfunction that was independent of PCO in about half of cases.

From this came the development of four distinct subtypes of PCOS2:

Although insulin resistance isn’t actually part of the diagnosis, it’s understood that it plays a driving role in the development and progression of PCOS.

How Does PCOS Develop?

The ovaries are full of primordial follicles. By the time puberty is reached, there are approximately 40,000 follicles and they represent eggs in a very premature state. These follicles have two main layers of cells that are involved in hormone response and production: Theca cells and granulosa cells, and it is the dysfunction of these ovarian theca cells that has been labeled as the ultimate cause of PCOS.1

Theca cells are where androgens are produced in the ovaries. Luteinizing hormone (LH) tells the cholesterol in theca cells to turn into androgens. These androgens then diffuse into the granulosa cell next door where it serves as the base for producing estrogen. Estrogen levels will continue to rise, assisting with follicle maturation and the process of ovulation.

Androgens are converted into estrogen using a specific enzyme called aromatase. Aromatase is not only found in the ovaries but in adipose (fat) cells and can be activated by insulin, glucocorticoids like cortisol, and inflammatory cytokines.2

The role of this early androgen production in the ovaries promotes the growth of follicles from their preantral to antral state (immature egg). But when androgen levels are excessive it will cause an increased number of follicles to progress in their growth to the antral follicle phase.2 Because of the abnormal hormone regulation, these follicles will be stuck in this phase and unable to mature further. Therefore, there is no selection of a dominant follicle which would otherwise become the mature egg to be ovulated.2

To recap, in PCOS, excess androgens stimulate a greater quantity of small antral follicles while halting the maturation of these follicles. The end result is over a dozen small follicles in each ovary (PCO) and corresponding high levels of Anti-Mullerian hormone (AMH), a hormone made by these immature follicles. It’s also common in these cases to measure an increased ovarian size/volume on ultrasound.2

In addition to the effect on follicle maturation, high levels of androgens are also responsible for the characteristic hormonal symptoms of acne and abnormal hair growth.

What is AMH and Why is it so High in PCOS?

Anti-Mullerian hormone (AMH) is a hormone produced by the granulosa cells of small follicles. AMH has been described as a “follicular gatekeeper” making sure that each small antral follicle produces some estrogen before the dominant follicle is selected, while modulating the growth of the other remaining follicles.2

AMH is often used as an estimate of ovarian reserve as it indicates the number of growing follicles: AMH increases as there is increased development and maturation of follicles.

The Role of Insulin in PCOS

Insulin regulation plays an important role in sex hormone function. When the body’s cells fail to respond to insulin, glucose transport becomes impaired. Excessive insulin levels then increase the production of testosterone in the ovaries.2 This excess testosterone will further impair insulin sensitivity.2

Insulin resistance is found in about 50-70% of women with PCOS, and although it can occur regardless of bodyweight, the presence of excess adipose tissue in obesity can amplify insulin resistance and further promote high androgen levels.1

Because of this relationship between excess adipose tissue, insulin and androgens, any treatment that leads to reductions in insulin levels (including weight-loss or medication use) will improve ovulation and abnormal sex hormone regulation in PCOS.1,2

The treatment for a patient with PCOS will vary depending on their reproductive plans. Women who are not looking to conceive are typically put on hormonal contraceptives. These synthetic hormones can reduce hyperandrogenism, and in doing so often eliminate acne.1 As well, depending on the dosing regimen, patients can induce a period more frequently than they would have experienced without any treatment.

Women who may be looking to become pregnant must use other means to modify insulin regulation and androgen production. An insulin-lowering component of treatment may include weight loss, supplement use and/or medication use.

Although there are multiple medications on the market for diabetes and the control of glucose and insulin, the most widely researched in PCOS is Metformin which has been shown to lower both insulin levels and androgens.2

Similarly, myo-inositol, a compound previously described as a type of B vitamin, has been shown to increase insulin sensitivity, improve ovulation, and decrease testosterone levels in women with PCOS.4

In a systematic review of women with PCOS but with normal fasting glucose levels, treatment with NAC led to a significantly greater likelihood of becoming pregnant (approximately three and half times more) and one study found that the odds of a live birth was almost three times higher when treated with NAC compared to placebo.5

Vitamin D as a Hormone with Reproductive Function

Vitamin D receptors are found throughout the body including in reproductive tissues such as the ovaries and endometrium.3 Vitamin D deficiency has been associated with both PCOS and infertility, and this may be due to its role in altering granulosa cell function.7

Vitamin D can influence the expression of hormone receptors in follicular cells and promote progesterone secretion.7 Therefore vitamin D may play a major role in follicle development and regulation of ovulation, which overlaps with the pathology of PCOS.7

PCOS is a complex and multi-system disorder composed of metabolic and hormonal dysfunction. The cyclical fashion of insulin resistance, increased adipose tissue and increased androgen formation set the stage for the overstimulating of small follicles only to suppress further development and halt ovulation. In addition to anovulation and/or irregularly long cycles, increased androgens can result in the common physical signs of PCOS such as acne and hirsutism.

Although obesity has been associated with PCOS, obesity itself doesn’t cause PCOS, but the excess adipose tissue – which itself acts like an organ – will influence insulin sensitivity and can abnormally increase both testosterone and estrogen production.

Treatment goals should include improving insulin sensitivity and bringing body fat percentage into normal range for ovulation to occur. Anti-inflammatories and antioxidants such as NAC have shown favorable effects on fertility outcomes in PCOS. Lowering of androgens with the use of supplements and hormonal contraceptives has been shown effective and may help decrease acne and hirsutism. Lastly, patients with PCOS, especially those looking to conceive, should be evaluated for vitamin D status, due to its role within the ovaries and endometrium.

Ask us about our Holistic Gynecology services.

We accept only PPO insurance plans. Below is a short-list of just some of the plans we accept. Please contact our office if you do not see your insurance provider listed below.

Words from our patients